Productivity, Self-Improvement, and Pro-sociality through Crowdsourcing

A Gamified Journey Towards Self-Improvement

The gamified platforms that aim to help us to improve our quality of life have lots of positive psychology and neuroscience into it. Good gamified experiences will make us intensely engaged, therefore putting our minds and bodies into a state in which we can generate all kinds of positive emotions. We are more prone to adopt what Martin Seligman defines as flexible optimism: continually assessing our abilities to achieve a goal, and intensifying or reducing our efforts accordingly20. When we practice this kind of optimism, we see more opportunities for success, but we do not overstate our abilities, and we do not overestimate the amount of control that we have over an outcome. Additionally, when we put our abilities to test and we progress towards our goals, we feel a sense of power and a progress towards mastery.

When we are depressed, according to the clinical definition, we suffer from two things: a pessimistic sense of inadequacy and a despondent lack of activity21. According to Jane McGonigal, a gamification researcher and game designer, gamification helps us to achieve the opposite: an optimistic sense of our own abilities and an invigorating rush of activity22. Additionally, studies show that optimism makes us more likely to seek out social support and develop strong relationships20.

SuperBetter is a gamified smartphone and Internet-based platform that aims to increase the users’ drive to accomplish challenging goals and to build social support through online discussion forums and Facebook integration23. SuperBetter is the creation of Jane McGonigal, who, after suffering a mild brain injury in 2009, decided to turn her difficult recovery process into an optimistic adventure game towards recovery. The result: She recovered in a fraction of the time expected. Her game, now available also in the form of mobile apps, is based on the science of positive emotion and social connection, and it taps into the notion of self-efficacy: our beliefs in our capacity to achieve certain outcomes through the adoption of certain behavior24.

SuperBetter also puts the self-regulation theory into play: this theory aims to manage an individual’s behavior through impulse control and management of desires. This is done by having the individual monitoring his own behavior, evaluating how it affects him, change the behavior and subsequently adapt to the new behavior through willpower25.

SuperBetter is designed to help anyone recovering from an injury or coping with a chronic condition to get better while also doing it within an engaging story, a heroic purpose, and the sense of being part of something bigger than themselves. It starts with five missions, and the players are encouraged to do at least one mission a day. Users have to 1) Create a SuperBetter secret identity (e.g. your personal version of a superhero), 2) Recruit allies, 3) Identify the “bad guys” (the triggers and obstacles users are trying to overcome), 4) Identify their power-ups (positive tasks that makes them feel better and more resilient) and 5) create a to-do list of their missions and quests.

The social component of it is very valuable when it comes to recovery and resilience, since the users’ allies can provide a supportive atmosphere and encourage the users to get better by impacting their notions of self-efficacy in a positive manner23. It is also important to notice that SuperBetter is not meant to replace conventional medical advice or treatment; its main purpose is to facilitate good advice, and to help users take a more active role in their own recovery22.

Although nowadays the market is flooded with many different brands of trackers of this kind (FitBit, Garmin, Jawbone and others) Nike+ is one of the first most successful examples of gamifying running and physical activity. The platform provides an added layer of intrinsic motivation, and when it comes to improvement, getting feedback in real time is an important element that motivates users to run faster and longer, as well as to keep their focus on their running while also enjoying it.

This is how it works: By getting an inexpensive sensor of the size of a poker chip and fitting it comfortably into the sole of almost any standard Nike sneaker, this chip is activated by movement and it communicates with the users’ devices via a radio transmitter in order to gather the users’ distance and speed running data. The users get a point for every mile they run, and they level up as they score enough points. Additionally, the users can earn personal online trophies for their best times and their longest runs, and also for meeting their specific training goals or a streak of certain days. Users can design their own challenges and invite whomever they want to play with or against them, by setting up teams or simply by competing against each other.

Users can also create an avatar, which is described as their “mini running partner”, and whom users can customize to look like them. The avatar’s energy levels and animations are based on the user’s running activity.

What is the importance of having an avatar?

Studies suggest that getting feedback from an avatar has an effect on users. An experiment conducted at Standford University’s Virtual Human Interaction Lab (VHIL) showed that watching customized, look-alike avatars lose or gain weight as we do exercise make us work longer and harder. Participants who received this type of feedback from their avatars volunteered to do on average eight times more exercise repetitions that participants without that kind of feedback26.

In gamified platforms such as Chore Wars, Habitica, SuperBetter and Nike +, as well as many others, our task is to make that avatar better, stronger and richer in as many different ways as possible: more experience, abilities, stronger armor, more skills, talent, and a bigger reputation. The process of leveling up has an effect on our surge of positive emotions as well22.

You could also check how an example of how they made a game based on the users' running data:

“Scientists have found that optimism is closely correlated to a higher quality of life in pretty much every way imaginable: better health, a longer life, less stress and anxiety, more successful careers, better relationships, more creativity, and more resilience in the face of adversity. Optimism is what allows us to take action to improve our lives, and the lives of others. It allows us to flourish, and to create the best life possible for ourselves. Flourishing isn’t about pleasure or satisfaction; it’s about living up to our fullest potential. And to truly flourish, we have to be optimistic about our own abilities and opportunities for success.” -Jane McGonigal, Reality is Broken- 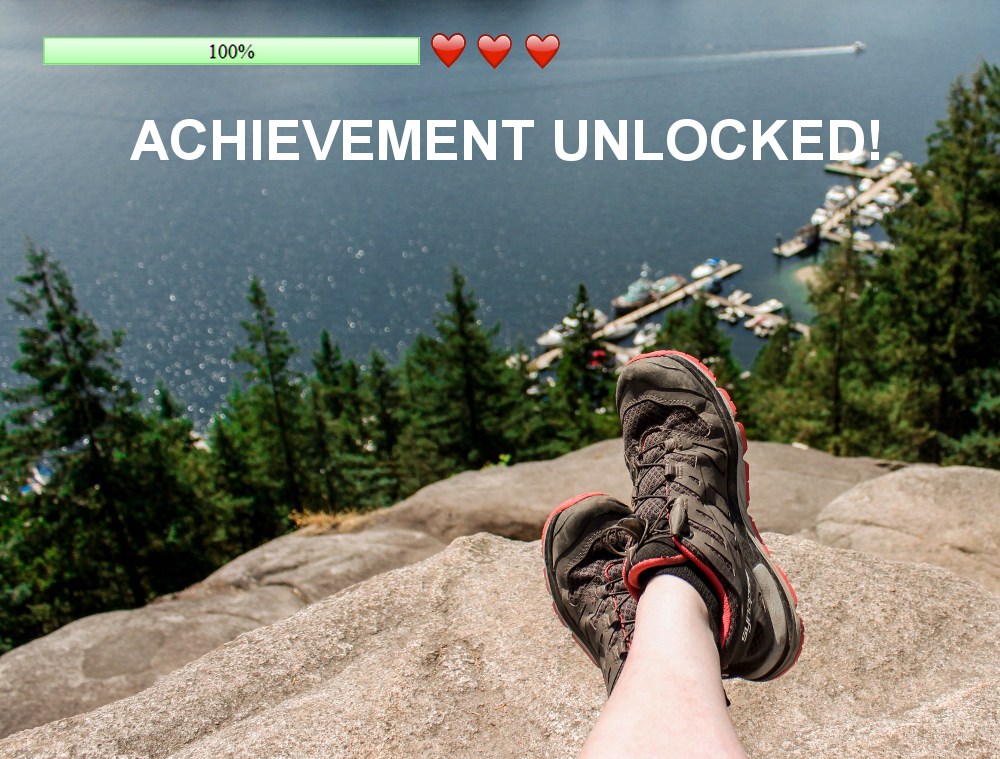 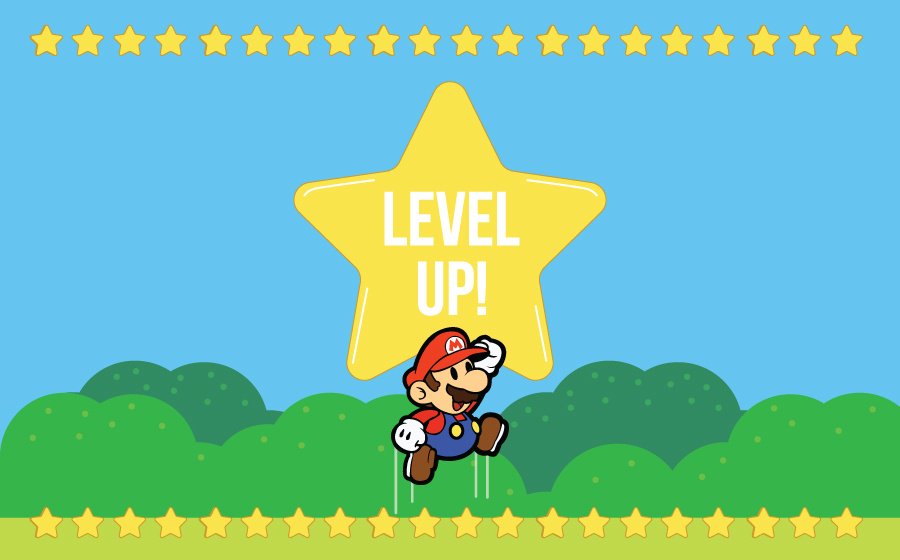