Productivity, Self-Improvement, and Pro-sociality through Crowdsourcing

As social animals, one of the strongest craves we have is the one for social connection. As extremely social creatures, we want to share experiences and build bonds, which we most often get to achieve by doing things that matter together. We also crave meaning, or the chance to be a part of something larger than ourselves. We are all looking for more ways to make a difference in the bigger picture; we want to belong to and contribute to something that has lasting significance beyond our individual lives.

Crowdsourcing, which was defined by technology journalist Jeff Howe27 as a shorthand for outsourcing a job to the crowd, usually entails inviting a big number of people to cooperatively tackle a big project usually on the Internet. Crowdsourcing opportunities engage us in collaborative efforts carried out on massive scales, over months or even years.These opportunities provide emotional and social rewards that come as a result of active and self-motivated participation.

Games build stronger social bonds and lead to more active social networks. The more time we spend interacting within our social networks, the more likely we are to generate a subset of positive emotions known as prosocial emotions. These are known as feel-good emotions that are directed towards others. Additionally, we may feel part of a community, which fosters a sense of solidarity and social connection, protecting against loneliness and alienation. These feelings have the potential of renewing our commitment to participating actively and positively in the lives of the people around us.

Gamification is reinventing what we think of as our daily community infrastructure. Gamification of this kind experiments with new ways to create social capital, and aims to develop habits that provide more social bonding and connectivity that will facilitate cooperation and collaboration at previously unimaginable scales. It enables ordinary people to achieve some of the world’s most urgent goals in an extraordinary manner.

Foldit is a platform created by biologists and medical researchers at Standford University in an effort to solve how proteins fold. Protein folding is considered as one mystery in the human biology field: each kind of protein folds into a unique shape in order to do a specific job 28, and the mystery relies on the fact that due to unknown reasons, the proteins stop folding correctly, and it is nearly impossible to predict exactly what form the protein will take. Additionally, protein misfolding can lead to diseases such as Alzheimer’s, cystic fibrosis, Mad Cow disease, and even cancer29.

The parts of a protein can be arranged and folded up in almost any imaginable combination and form. In order to figure out how to stop proteins from misfolding, scientists need to understand how proteins fold, but given the almost infinite number of shapes a protein can take, it would require a significant amount of time to test all various shapes. Foldit encourages users to try random protein shapes by solving protein folding puzzles. It is an opportunity for people to contribute towards the advancement of science through gameplay, and to help solve the mystery of protein folding.

You can try it here

EteRNA is similar to Foldit, but focused on the folding of RNA (Ribonucleic Acid). RNA's are chain-like molecules that play an important role in our biological health. The HIV virus, for example, is a result of RNA misfolding. So basically, this platform invites the users to solve the folding puzzles and then to come up with other shapes, and through this, scientist gather data in order to target the misfolded RNA's and then try to fold them back into their previous shapes.

Recyclebank is a platform that rewards people for the amount that they recycle. It is designed to not only encourage people to do good things for the planet, but to reward them each and every time a participating member took a step in the right direction. People earn points and rewards for progress and for recycling. People can use those points to shop at local and national businesses.

Start recycling and earning some points at their website

Free rice is known as “an online game with redeeming social value”30. The game consists of answering a multiple-choice vocabulary question, and for each correct answer, the players get ten virtual grains of rice. Players can stack up as much virtual rice as they want, and at the end of the game, the final amount gets donated to the United Nations World Food Programme as real rice provided by the sponsors of the game. By having a large number of people playing the game, the contributions are such that the game has provided more than 10 million meals worldwide.

You can play here

“The self is a very poor site for meaning. The larger the entity you can attach yourself to, the more meaning you can derive” -Martin Seligman, Authentic Happiness- 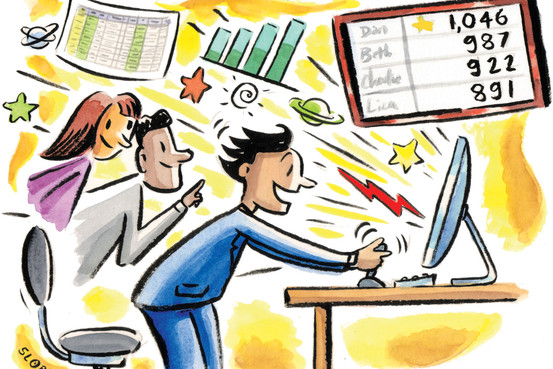